Penumbra has a posse

So! My first novel, Mr. Penumbra’s 24-Hour Bookstore, is going to be published by Farrar, Straus and Giroux. Now obviously, I have a lot I want to say about this, but first … let’s meditate on Mr. Tyndall for a moment. 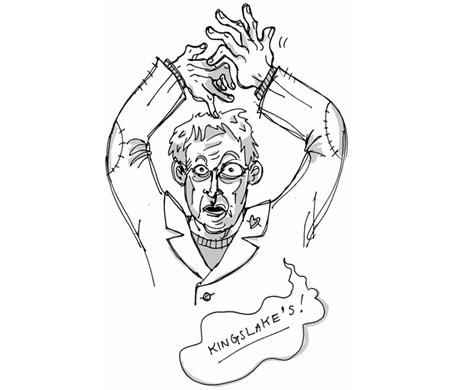 So what happened then?

But there’s another character in this story, too. In truth, there should be about twice as many bullets in the list above, because after each step — the first Kindle story, the Kick­starter project — I’d get a message from Sean McDonald.

Sean is an editor at Farrar, Straus and Giroux. He’s worked with writers as diverse as Junot Díaz, John Hodgman, and the RZA. He’s also a Snarkmarket reader (!) and he’s been an important vector of enthu­siasm and encour­age­ment for me. That’s because his messages have always been two-fold. First: this is so cool. Then: it can be even better.

And that gets exactly to the heart of why I’m working with Sarah and Sean to publish Penumbra. You know me: I am a champion of new modes and methods. I love Kick­starter projects and remix contests. And I’m not going to stop doing any of that stuff.

But when Sarah and I were shopping the Penumbra manu­script around, and I was talking to publishers, I told them all the same thing: I’m looking for a posse. I’m looking for a smart, creative crew who will help me make this book better than I could make it on my own.

Because importantly, “this book” isn’t just text on a screen, right? It’s the design, the physical artifact. It’s the press we’ll do when it comes out, the events we’ll dream up. It’s real books in real bookstores! And all of that together will help push Penumbra beyond our little corner of the web here (and make no mistake, it is a tiny little corner)—help push him, and us, out into the wider world.

Let me put it another way. You know those heist movies, where half the fun is watching the team come together — the mastermind, the master of disguise, the demo­li­tions expert? Well, that’s what this past year has been. It’s been that scene.

And now we’ve all found each other. It’s me and my closest readers, the myste­rious inner circle of the Moon Yeti. It’s my Kick­starter crew, the Committee to Find and Rescue Annabel Scheme. It’s Sarah Burnes and her colleagues at The Gernert Company. It’s my new allies at FSG, and it’s Sean McDonald, who’s been an ally for some time. It’s Matt and Tim and the assembled might of the Snarkmatrix. And maybe it’s you, too.

This next year is going to be an exciting one. If you’d like to follow Penumbra’s journey from the inside, and help steer it a little, too, drop your email address in the box down below. Friends on the list already can tell you that it’s very low-volume; like, one message so far this year, right? And I try my best to make it worth your time. I’ll be sharing stories and posing questions and, eventually, asking for help. There’s a lot of work ahead.

After all: we’ve still got to meet old Mr. Penumbra for dinner.