I was recently rewatching a title sequence I admire, and noticed, as I often do, the way the white logotype “detours” through blue as it fades into darkness:

This effect isn’t rare; you see it very often in the title sequences of oldish movies. In fact, the effect was simulated to lend vintage vibes to the opening of Stranger Things. Notice how the text doesn’t fade from white to gray to black, but white to red to black:

I really love the way this looks, so I asked the Assembled Brains of Twitter what was behind it. Joel Davis and Rod Bogart provided the answer, which I’ll now attempt to restate myself:

It is an artifact of the film stock’s uneven response to light at different wavelengths. When the titles are white, the film’s red, green, and blue layers are all totally overexposed, so bright white light shines through the trans­parent film. But then, as the exposure ramps down toward darkness, the layers diverge — they become opaque at slightly different rates — which gives you the ghost of color. (Whether that color is red or blue has to do, I think, with the process by which the titles have been inte­grated into the overall film. Clar­i­fi­ca­tion is welcome at robin@robinsloan.com.) 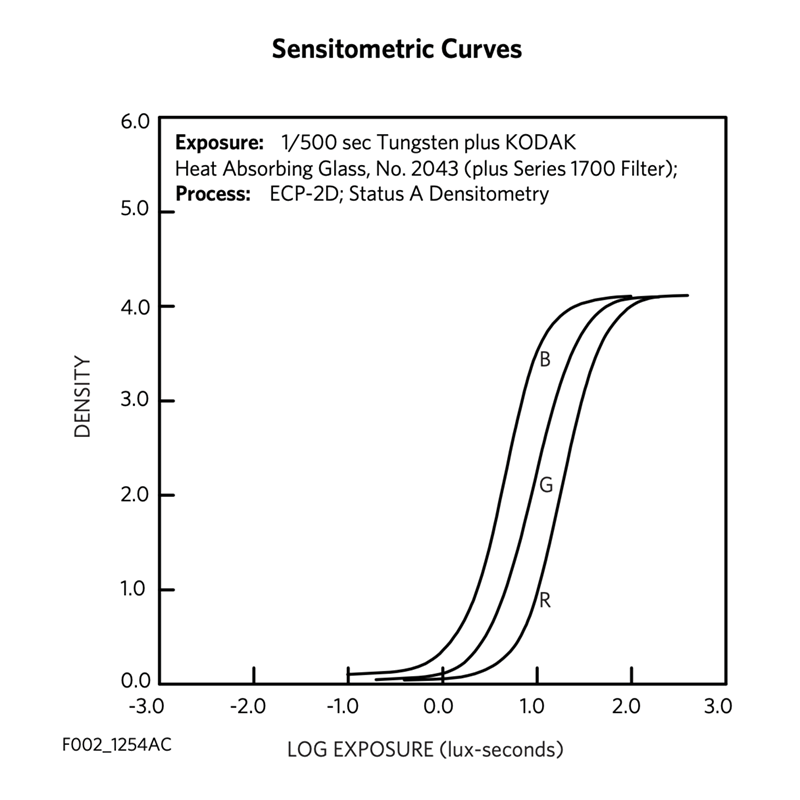 That’s not motion picture film, and its curve isn’t neces­sarily (?) the kind that would produce the pulses of color above, but, the point is just to see the space between red, green, and blue in their swoop from over­ex­po­sure to underexposure. It’s that gap that produces the ghost we’re chasing.

No film has a “perfect” color response curve. Often, the slight differences between red, green, and blue are what give a partic­ular film stock its char­ac­ter­istic (and very appealing) look! But it’s only in this rela­tively strange scenario — overexposing the film to pure white, then ramping the exposure down smoothly, often contrasted against black — that you get to see, in effect, only those differ­ences. They are what produce the image.

After learning what was happening, thanks to Joel and Rod, it was easy to simulate the effect. Here you go, in CSS and a scrap of JavaScript; red on the way out, blue if you click again: