Annabel Scheme and the Adventure of the New Golden Gate

This is a detective story about all the possible versions of a place. It features a bustling city built on a filled-in San Francisco Bay, a pop star tech genius named Quintessandra, and internet teeth.

This story was initially published as a daily serial in two Bay Area newspapers, the Mercury News and East Bay Times, in the summer of 2020. You can find links to the archived episodes here.

Following that serialization, a group of a thousand patrons joined a lo-fi crowd­funding campaign, paying $9 each to receive a digital edition for them­selves and also — this is the cool part — unlock this web edition for everyone. It works on phones and laptops alike: 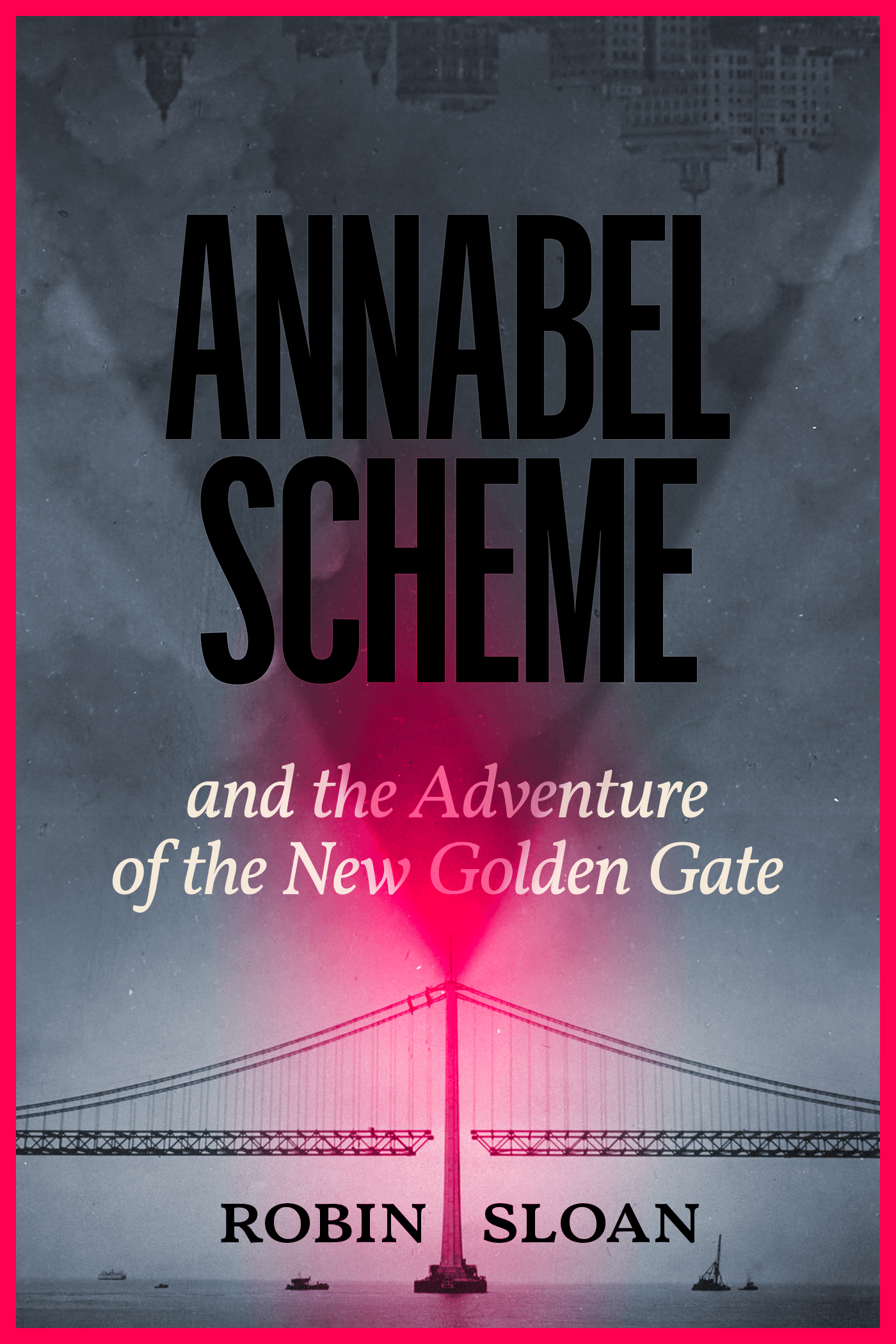 An addi­tional goal of the crowd­funding campaign was to support the release of the web edition’s code, which is now available on GitHub.