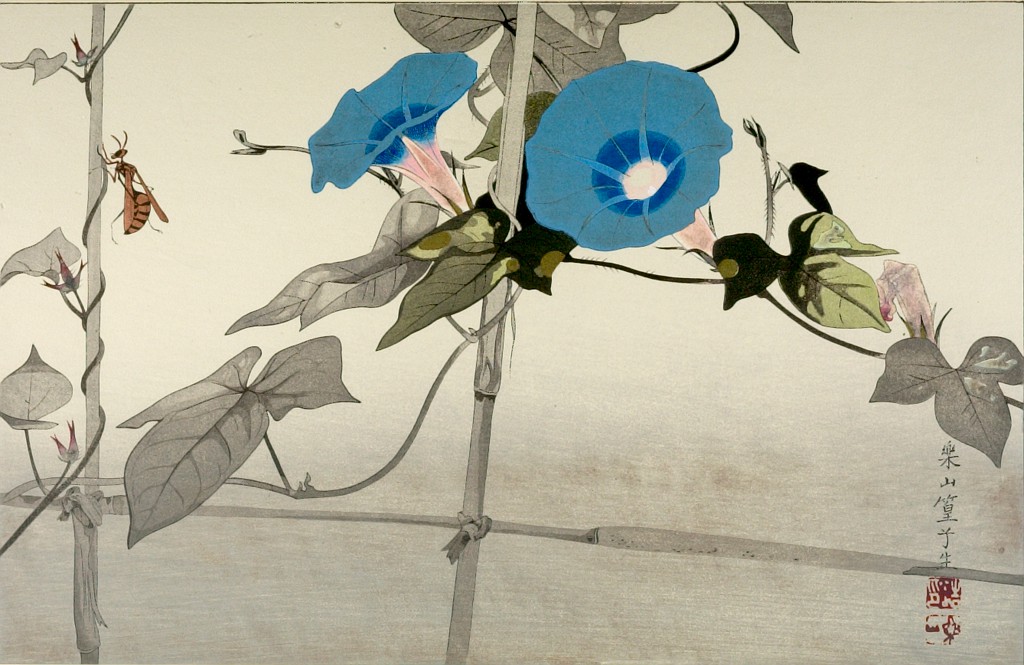 What would it mean to “vendor” cul­ture?

A word on my mood as I sit down to write this:

It is not the impul­sive rush of tweet composition. Instead, it’s a feel­ing I remem­ber from long ago: The Blog­ging Stance. You encounter an idea that sets off a fizzing reaction in your mind; you decide you will describe that reac­tion somehow; you’ll do so over the course of not a few hundred char­ac­ters but a few hun­dred words.

You’ll write a draft, move a few things around, con­sider the post as a whole at least once. Though oper­at­ing as a node in a network, you are still fully within writ­ing’s domain, rather than the hybrid oral king­dom of social media.

Because you have blogged before, you have a sense of your timeline: some posts are the work of ten minutes, oth­ers an hour. (Very few fall out­side that range.) This one I’ve just started feels like it will be closer to an hour. It’s Sat­ur­day morn­ing, and I have an espresso. What could be better?

In this twi­light age, hav­ing tum­bled far from the High Blog­ging Era of the mid-2000s, I use a simple, opin­ion­ated piece of soft­ware called Fraidy­cat to track about thirty RSS feeds. Even within this small set, I have favorites; among them are the blogs of Tom MacWright and Alan Jacobs—Alan in par­tic­u­lar being one of the three or four people I would follow on the internet if I could only fol­low three or four peo­ple on the inter­net.

What fun, then, to see the beams cross. Alan’s latest post begins with a link to Tom MacWright; he takes an idea of Tom’s, from programming, and applies it to cul­ture. Fun, and a bit spooky: as if one feed had looked across my RSS dash­board and spot­ted the other.

Then, mid­way through, spook­ier still: Alan links to a post of mine! Now it’s the RSS dash­board look­ing back at me. “Oh yes … I see you there.”

That lat­ter link was not a com­plete surprise, because I am impli­cated in this post’s creation. I’d been fol­low­ing Alan’s recent writ­ing on “invitation and repair” with inter­est and I wondered if a post I’d writ­ten sev­eral years ago might be use­ful to him, not only (but, okay, mostly) because it leaned hard on the word “repair.” So, I emailed a link to Alan, who replied say­ing he remem­bered read­ing it, but/and appre­ci­ated see­ing it again, with this new con­text loaded into his brain. And then he fol­lowed up, about a day later, with a link to the post above — the one I had just seen in Fraidy­cat.

There’s a bit of a chain reac­tion here, with one blog post (this one) ask­ing you to read THREE oth­ers, and of course that’s not required, though I do rec­om­mend it: a chance to see a hand­ful of intel­lec­tual Lego bricks first on their own, then snapped together into a new con­struc­tion.

In the fash­ion of the comic book crossover event that requires the pub­lisher to explain very clearly the order in which you’re sup­posed to read the issues, it goes like this:

And of course I should say there’s at least one other par­tic­i­pant here, Gene Luen Yang, whose work I discuss in that initial post.

There are a few things I want to do here beyond sim­ply point you to this crossover event.

One is that I want to say again: the High Blog­ging Era might be behind us, but there is still blog­ging to be done, and it is so easy and so reward­ing to dip a toe, start to fol­low a few of these feeds, and expe­ri­ence a dif­fer­ent kind of network.

Fraidy­cat is a remark­able piece of soft­ware; made by, I believe, just one person, it allows you to fol­low not only for­mal RSS feeds but Twit­ter accounts, YouTube chan­nels, Twitch streamers, a whole host of other things; there is a sense that you can just throw any­thing in and it will probably work.

And Fraidy­cat doesn’t arrange those any­things into a timeline, that scourge of the mod­ern inter­net: instead, every feed holds its seat, asserts its existence, regard­less of whether it has any­thing “new” to show you. The chatty feeds can’t drown out the quiet ones. If you are sub­scribed to this web­site’s feed, and I publish some­thing new: you will surely see it.

It is, honestly, a huge relief.

(I should say that Fraidy­cat will some­times wipe your RSS sub­scrip­tions clean; rather than clas­sify this as a crip­pling bug, I take it as a help­ful reminder to fre­quently export backups.)

Another thing I want to do is point out the mul­ti­ple modes of com­mu­ni­ca­tion involved in the Lego con­struc­tion above. A few days ago, I sent Alan an email with a link to another post of mine prompted by one of his; I used the sub­ject line “manual trackback,” a ref­er­ence to the old protocol by which blog posts could “tell each other” about such cross-links. The pro­to­col was ulti­mately a failure, over­come by spam, and it occurs to me … maybe that par­tic­u­lar kind of mech­a­niza­tion was, and is, a mistake. Why not switch to other chan­nels when appropriate? Why not aug­ment pub­lish­ing with conversation — braid them together?

There’s a kind of person — well-intentioned; an inter­esting kind of mind — who wants to lay this activ­ity of “thinking together” across a lat­tice of code, make it legible, explorable, calculable; for that person, such mech­a­niza­tion con­jures the spirit of a trel­lised vine, maybe an espaliered apple tree. For me, it sounds like a spatch­cocked chicken. The thing is dead.

The final thing I want to do is cel­e­brate the spirit Alan brought to this whole thread.

This post’s title comes from Daniel Levin Becker’s terrific book of the same name, a chron­i­cle of the Euro­pean exper­i­men­tal poetry group known as the Oulipo, almost too cool to be real. Daniel writes:

The twin modes of dis­cov­ery and inven­tion con­tinue to go hand in hand in the oulip­ian laboratory, even if one hogs the spot­light and the other dotes eagerly behind the scenes. There isn’t a sin­gle mem­ber of the group who wouldn’t insist, rightly, that one branch can­not exist func­tion­ally with­out the other. But an essen­tial point about the Oulipo is that anoulipo and synthoulipo come from the same place, emanate from the same kind of consciousness. “From the one to the other,” Le Lion­nais wrote, “there exist many sub­tle chan­nels.”

Discovery and inven­tion! I have a sense that too many writers, espe­cially writ­ers online, have for­got­ten that these activ­i­ties are avail­able to them.

I don’t want to be too over-the-top about it — I’m way past my sec­ond espresso now — but I think Alan has, in recom­bin­ing some really very far-flung ideas from Tom and me and Gene, not to men­tion his own archive, pro­vided us with a gen­uinely new tool. I think his “vendoring culture” is a metaphor that can do real work, both in the analy­sis of exist­ing cul­ture and the pro­duc­tion of new things.

This post took me a lit­tle more than an hour to write, turns out. Now I’m going to hunt around for a piece of pub­lic domain art to put at the top.

This never stopped being the best way to write, and think, together.