This is my first novel, and it grew from a story posted on this very website into a New York Times Best Seller published in more than twenty countries.

It’s a tale of books and technology, cryp­tog­raphy and conspiracy, friend­ship and love. It begins in a myste­rious San Francisco bookstore, but quickly reaches out into the wider world and the shadowed past. I talked about the ideas behind the book on NPR’s Morning Edition and had a real-life biblio­phile adventure with the New York Times. 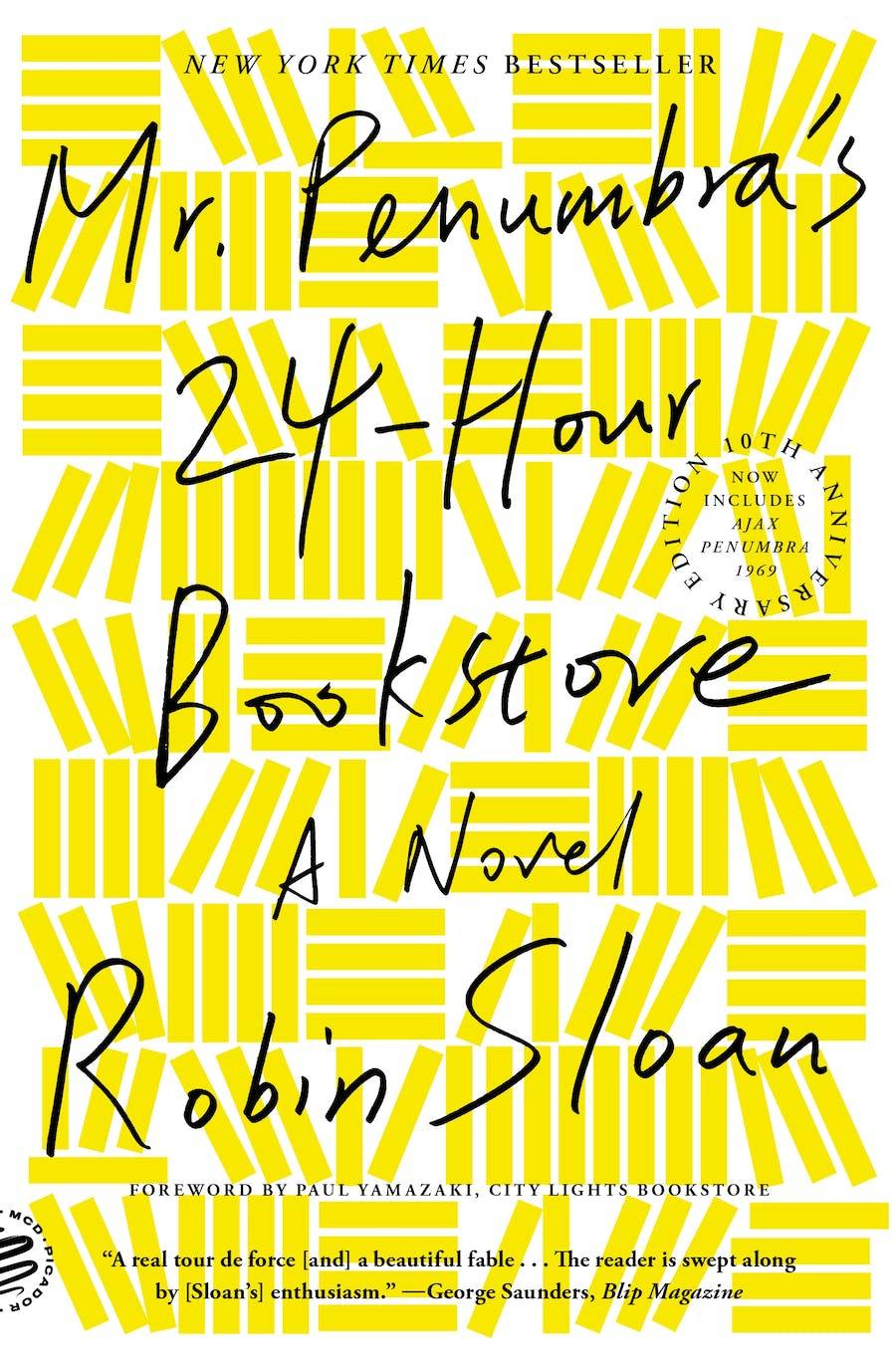 a real tour-de-force, a beautiful fable that is given legs by the author’s bravado use of the real (Google is in there, for instance, the actual campus) to sell us on a shadow world of the unreal and the speculative. Robin Sloan comes across as so bighearted, so in love with the world — the ancient world, the contem­po­rary world — so in love with love, in love with friend­ship, in love with the idea that our technical abilities can serve as conduits for beauty, that the reader is swept along by his enthusiasm. It’s a lot of fun — but it’s also a powerful reading expe­ri­ence with a wonderful undeniability.

Bundled with the latest MCD edition of Penumbra, you’ll find a short prequel. The story is set in San Francisco, August 1969. A young man named Ajax Penumbra arrives on the scene, looking not for free love but rather for a book: a very old volume that might possess strange powers. His search leads him to a tiny bookstore, taller than it is wide …